Next up on the Tri It Out series is not so much a workout studio, as it is a place you can go to recover, increase blood circulation and reduce muscle inflammation and general soreness. 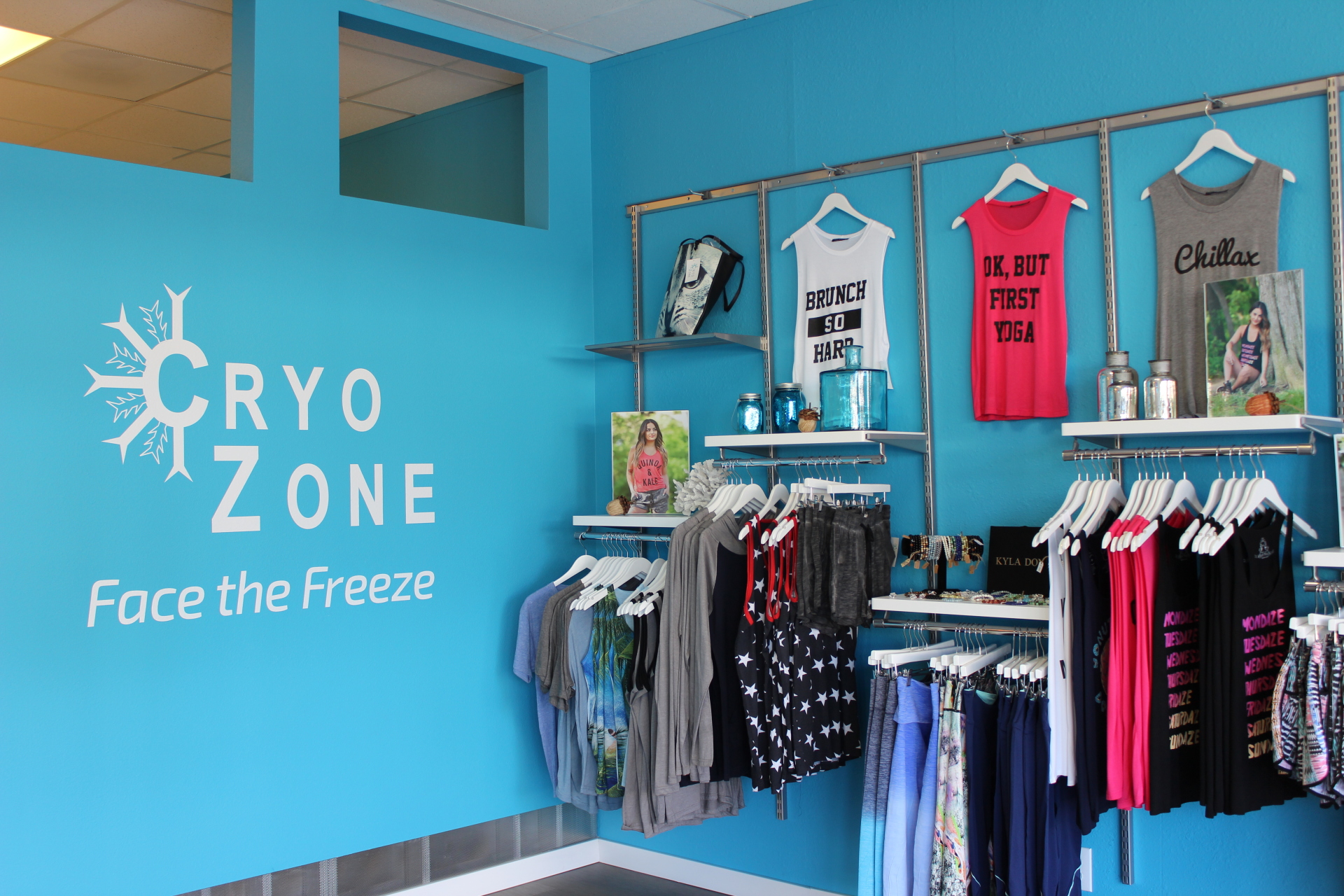 Cryozone is a small studio located in Santa Monica just off of Wilshire Boulevard.  It consists of a lobby area that also sells some retail and 2 rooms that contain the CryoSauna (interesting that it is called a ‘sauna’ because it’s FREEZING!!). The CryoSauna has 3 levels, level 1 starting at -167 degrees Fahrenheit going up to level 3, which is around -200 degrees Fahrenheit.  The whole experience/session lasts 3 minutes. 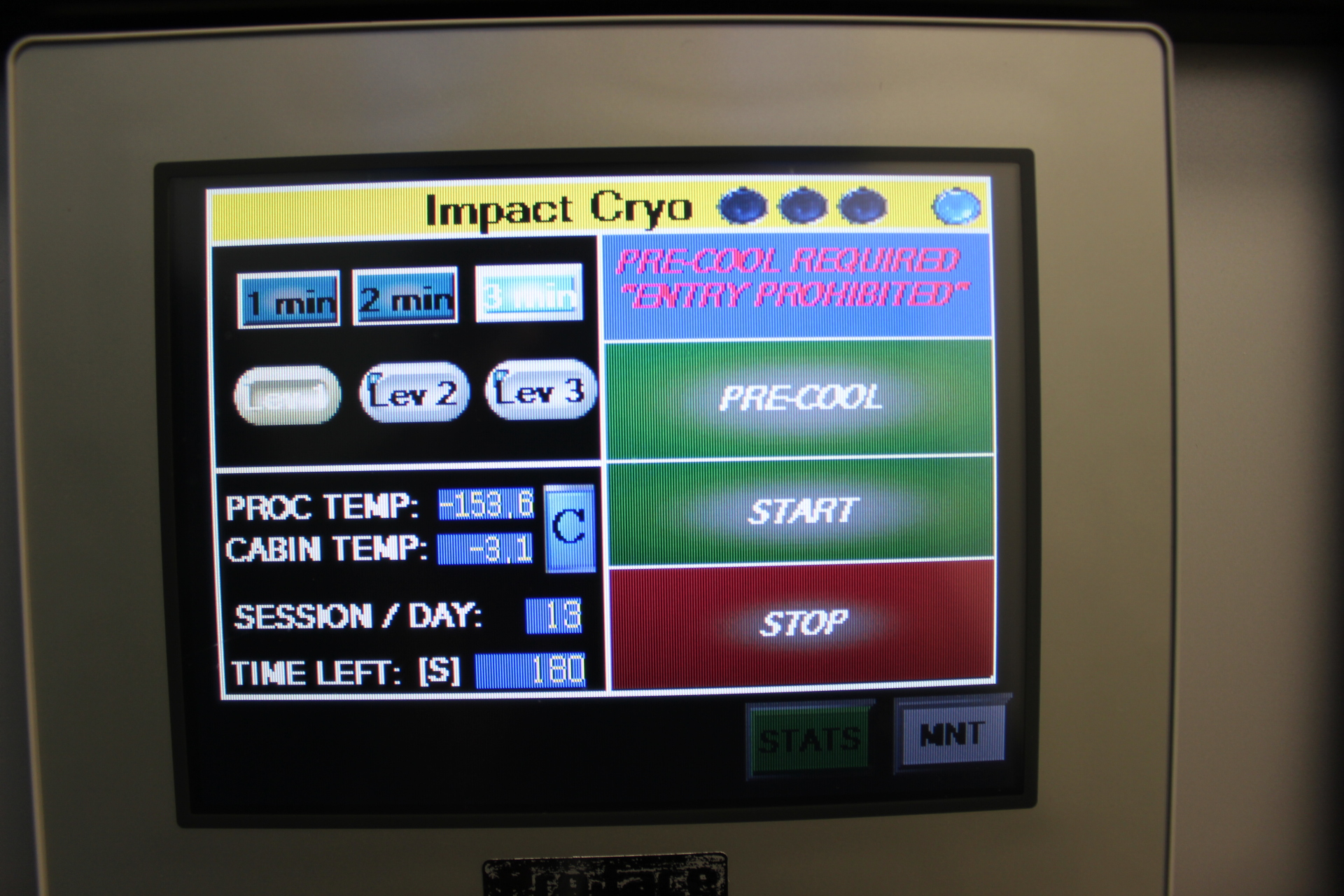 You must be completely dry, men must wear underwear and they recommend wearing underwear and a bra for women.  The CryoSauna is a chamber that conceals your body from the neck down. Your head will remain above the rim of the opening.  As per the website: “It [cryosauna] emits a nitrogen mist and cold air that quickly lowers your external skin’s temperature.” The purpose of using this holistic approach is to stimulate circulation, reduce swelling/inflammation and soothe affected areas with a cold nitrogen blast. The manager of the studio also informed me that it “promotes collagen production in the skin and spikes your metabolism rate”. 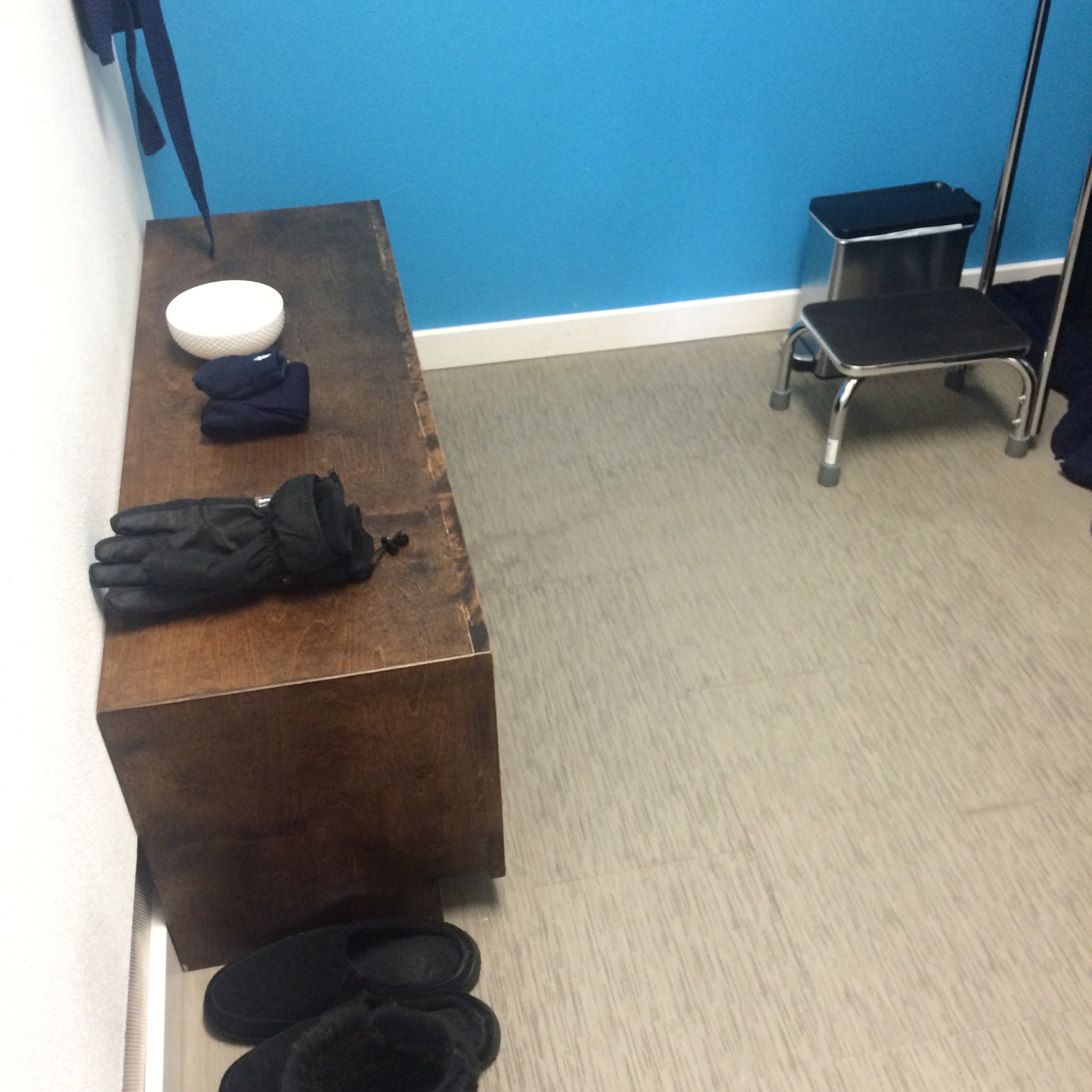 Upon entering the studio, checking in, and signing the waiver one of the employees takes your blood pressure and brief medical history. After this short intro, an employee escorts you to one of their rooms that contain the Cryosauna, a robe, socks, boots/slippers, and two pairs of gloves. The employee instructed me to disrobe, leaving on my undergarments, and to put on the socks, boots, and two sets of gloves. I was told to enter the CryoSauna and ring the doorbell at which an employee would come back into the room and begin the session. So after I, of course, snapped a few pictures of the set up and selfies (dork) with the Cryosauna, I hopped in and rang the doorbell. The door opened, the employee entered the room and the session began. It’s nice that there is an employee in there speaking with you during your session as it helps take your mind off the cold.  The session lasts all of 3 minutes, yup, that’s it, just 3. Now I have to tell you, if you don’t already know, that I am an East coast transplant and I have spent many winters shoveling snow and being stuck in blizzards. I was started on level 1 which is -167 degree Fahrenheit. While this is absurdly cold, I wasn’t as cold as I thought I would be. I’m not saying it’s tolerable, but for the 3 minutes I was in there, I was just shivering a little bit (you can read into this as me having super human powers or not 🙂 ). Levels 2 and 3 I believe are colder than level 1, which is probably what clients work up their tolerance toward. After my 3 minutes were up, the employee exited the room, I got dressed and made my way back to the lobby. I was still shivering a bit, but believe it or not,  I was able to feel the oxygenated blood rush back to my skin and extremities to help warm me up. I must admit that I did feel a slight chill the remainder of the day; however, I did feel some relief to my muscles for a few hours after my session. 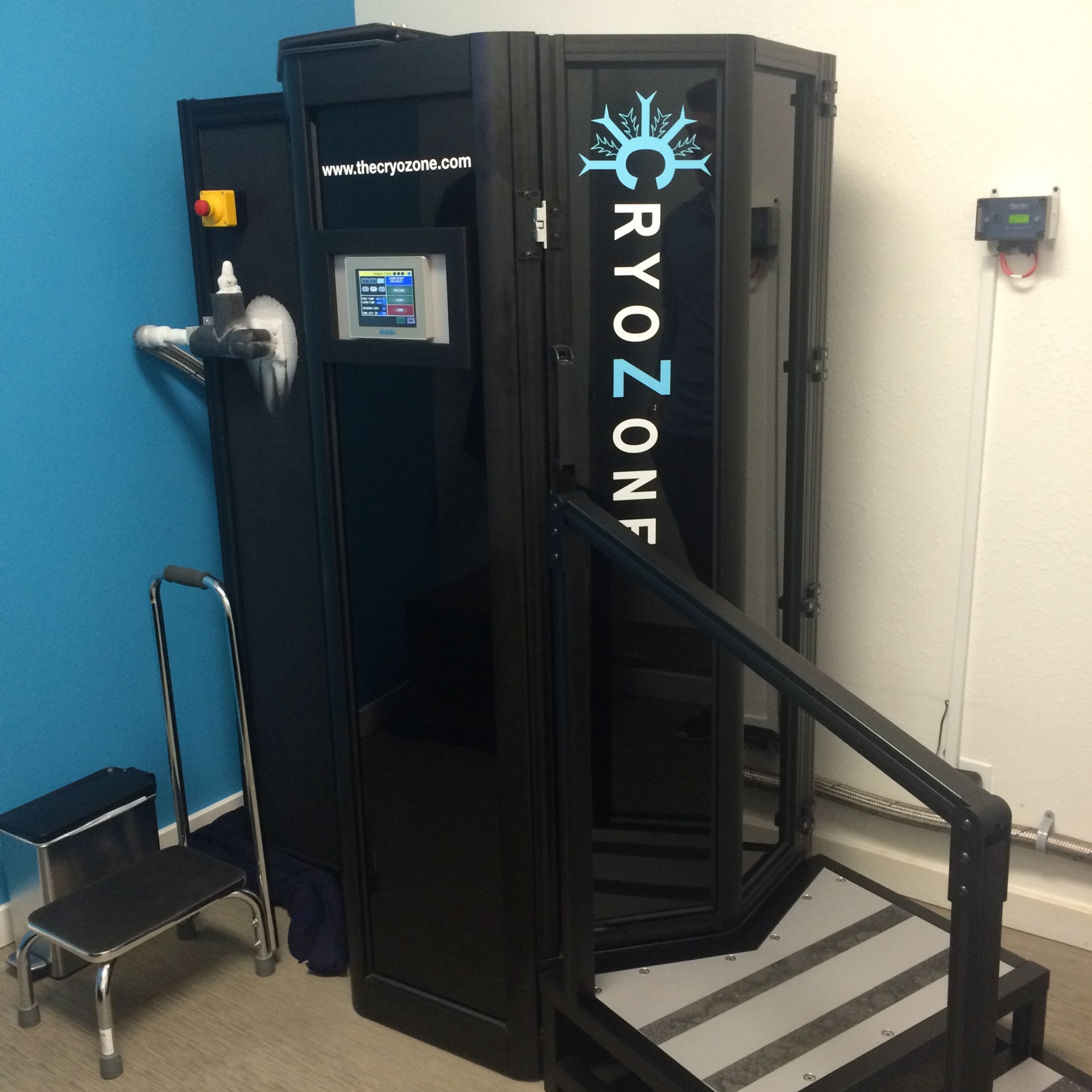 Cryozone appears to have many benefits for recovery and healing. While different from an ice bath, ((a) who wants to fill their tub with ice?, (b) that has direct contact on your skin), the indirect contact of the subzero temperatures are tolerable for the 3 minutes you are in the chamber.  Pricing is a little expensive for single sessions, but they do offer packages. They recommend 7-10 sessions to get the full recovery benefits of Cryotherapy. 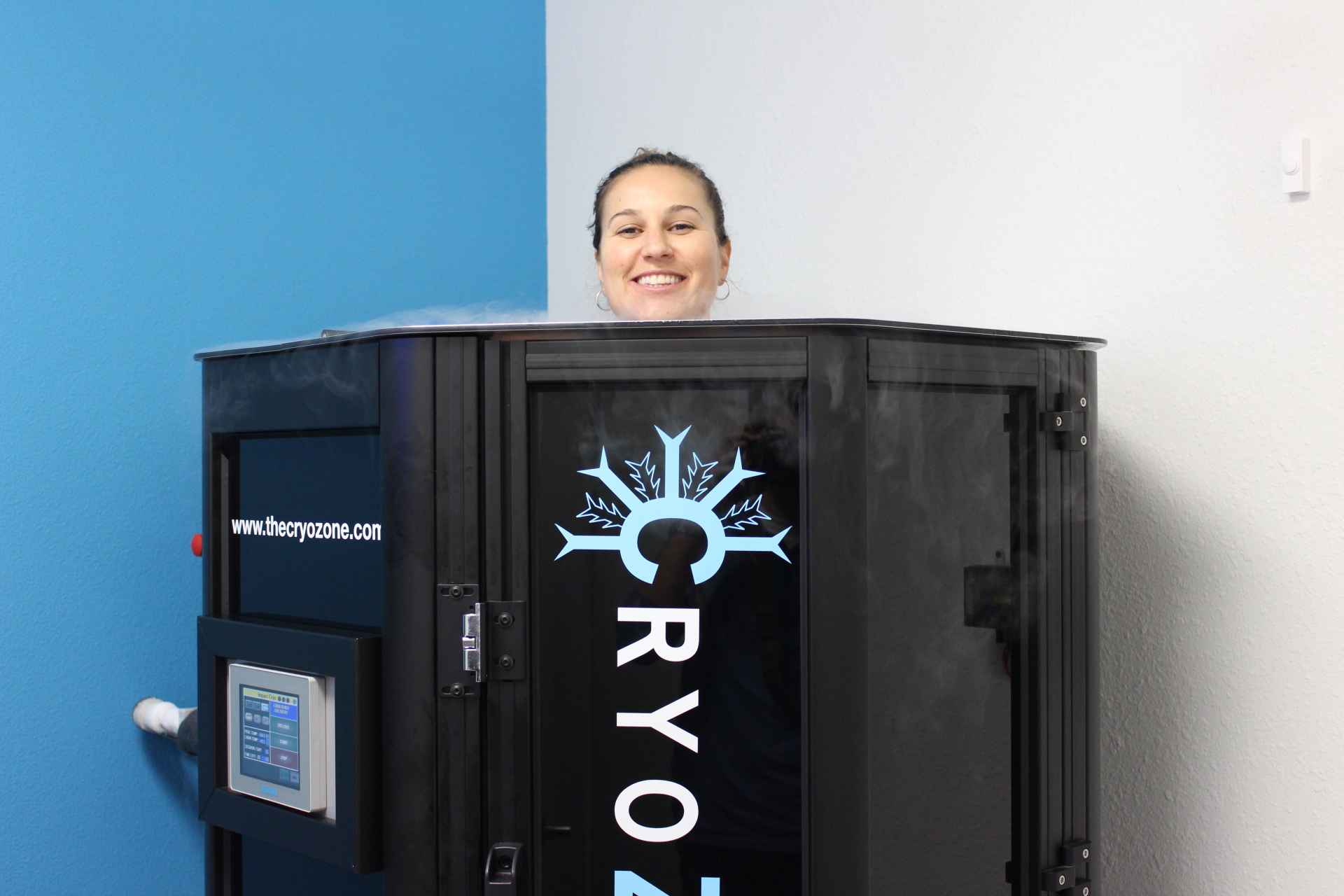 Tri It Out- Flywheel

Tri It Out- CycleBar Tri It Out- Recipe Edition with MitoXcell